The Electronic Visa (e-Visa) has emerged as one of the most innovative services implemented in the area of freedom of movement and people to people contacts. E-Visa allows the management of the visa application process to take place entirely in a virtual environment. Everything is done with the help of the Internet – the visa application and supporting documents are submitted online, the payment is made online and the decision on the application is communicated online. Some of the best examples of e-Visa services I have encountered are the ones implemented by the authorities of Australia, Turkey, New Zealand, Georgia.

Serving as Chief Information Officer at the Moldovan Foreign Service I had the opportunity to lead the development of the Moldova e-Visa Service in partnership with the World Bank’s eTransformation project. The Moldovan e-Visa service was launched on 1st August 2014 and the following general conclusions can be made about the benefits of e-Visa:

The main question to be answered when discussing about the use of e-Visa service is “why so few countries have adopted e-Visa if it has so many benefits”? A simple analysis of worldwide travelers statistics shows that the most visited countries in the world, such as France, United States, Spain, China, Italy, Germany, UK, Russia, do not offer an e-Visa service to foreigners. Only Turkey, which is in top 10 most visited countries, has moved its visa process online.

During the project design phase of Moldovan e-Visa I consulted freedom of movement and immigration experts from different countries in order to learn their views on e-Visa service implementation and concerns related to it. I discovered that my colleagues from other countries share the following concerns on this matter:

When developing the Moldova’s e-Visa service we tried to address the above mentioned concerns by creating institutional and coordination mechanisms which would minimize the security risks associated with the use of ICT for service delivery. In order to address the identity theft and forgery of documents problems, we focused our efforts on building partnerships with airlines which are transporting passengers to Moldova. Since airlines are obliged by international regulations to verify if passengers are in possession of visas and valid documents to enter the country of destination, we created a special website for airlines where they can verify the validity of Moldovan e-Visas. This way, foreigners in possession of an e-Visa are being checked by airlines before traveling to our country.

Another measure to prevent identity theft and forgery of documents is to ask from applicants to pay the visa fee with a debit or credit card issued on their name. This measure is extremely useful because banks verify the identity of their clients when issuing debit or credit cards. Therefore, if the information on the debit / credit card is the same as the information provided in the visa application, there is a high probability that the applicant presented correct information. Contracting companies which specialize in verifying the validity of scanned documents is an additional measure that can be implemented in order to prevent forgery of documents.

It is true that current e-Visa models do not offer a solution when it comes to collecting biometric data from applicants. Nevertheless, the IT industry already developed solutions which enable the collection of biometric data from individuals who are located abroad and are applying for e-services. The question nowadays is how secure are those products and how can they be incorporated in the e-Visa business process.

To conclude, the concerns of many states regarding the implementation of an e-Visa service are understandable and should be carefully examined. The way forward for state institutions worldwide is to embrace innovation and rethink the delivery of services, including those related to freedom of movement and people to people contacts. A good example is the banking sector. It was unthinkable in the past to transfer money without personally going to a bank and submitting a bunch of documents. Internet Banking is a reality nowadays and most bank transactions are done on-line.

I also had a certain degree of reticence before implementing the e-Visa service in Moldova. Learning the experience of other countries, understanding their mistakes and their good decisions was something that really helped us to better manage our concerns. My advice to governmental institutions around the world, responsible for the management of freedom of movement and people to people contacts, is to understand that visa services will have to be provided on-line eventually. In the beginning, the e-Visa service could be offered to a narrow category of travelers such as bona fide applicants or applicants whose biometric data have been collected previously. Later on, authorities can decide whether to extend or not the use of e-Visa based on lessons learned. 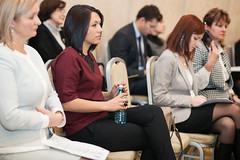 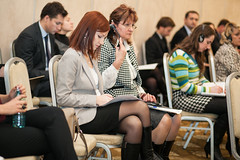 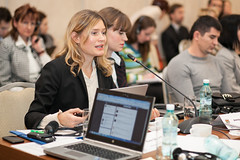